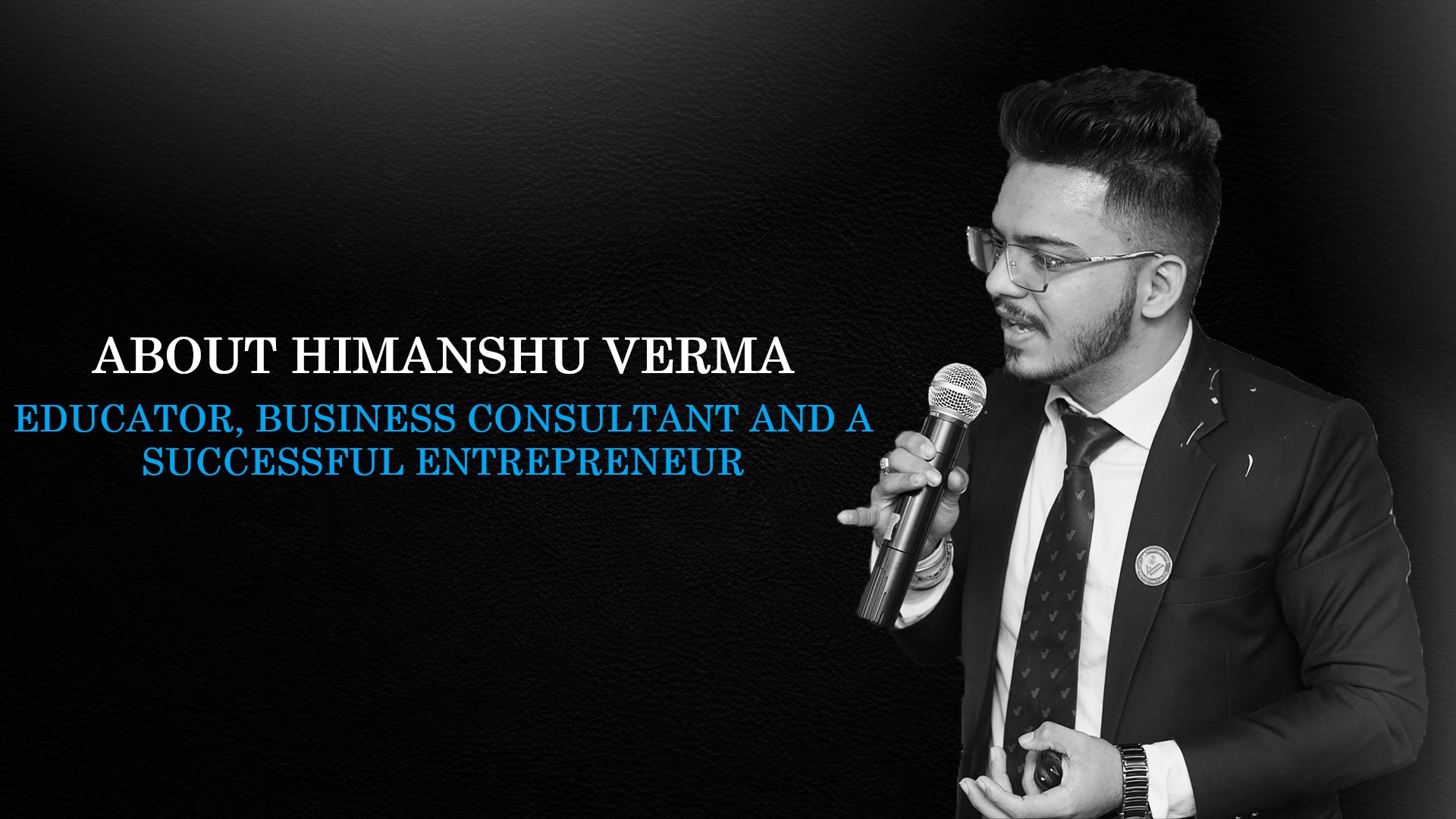 Every ambitious fellow thinks out of the box. Their ideology and impressions segregate them from the herd. One of the youthful entrepreneurs is serving as an exemplar for our youth.

Himanshu Verma is a prominent persona, young 24-year-old certified trainer, influencer, inspiration, emerging motivational speaker and entrepreneur from Delhi, India. He has pursued his graduation from Delhi University and has further opted for an MBA in marketing and HR. He commenced with his career in entrepreneurship at a very green age of 18. As a dreamer and most passionate guy ever, he was so much crazy to do big in his life and wanted to become self-dependent. Having a billion-dollar mindset he was bullied by many, but with the courage and zeal to achieve the best he kept moving forward. He firmly believes in the quote “where there is a will there is a way”. He began testing himself in an opportunity of sales, and marketing at first, as he has so much empirical knowledge. He used to meet a minimum of 100 strangers daily to influence them he eventually achieved proficiency at a young age.

He is always the multi-talented and multi-tasking guy, turned on giving sessions as the main keynote speaker or chief guest on weekends while studying in college life, he has gained huge name and fame from the audience. He was putting in values in people’s lives and giving favorable advice to the youngsters much-needed. Being a Mindset makeover coach he encourages people to makeover their mind for achievement in his workshops and training.

His aim is to formulate folks and enhance values in their lives, he has transformed so many lives through his personality development and motivational sessions that’s why he is one of the most influential speakers and a charismatic personality. Well, he is such an inspiration for the youth of our country.